At 0216 on Wednesday, the Bethany Beach, , and Roxana Volunteer Fire Companies, ambulance and paramedics were dispatched to a working house fire in the 29000 block of in north .  The alarm was called in by the residence's occupant, who was awakened by a home alarm and who escaped without injury.  Upon arrival, BBVFC Duty Officer CPT Shane Truitt reported heavy smoke coming from the north side of the structure and flames through the roof.  Truitt established command, assigned CPT Rick Parrett on Quint 70 as Operations and commenced and interior attack and search and rescue.  BBVFC CPT Mike Suit had Division 2, BBVFC Fire Chief Tom Moore had Division 3 and Roxana Fire Chief Andy Johnson managed accountability.  The fire was reported under control within 45 minutes and salvage and overhaul continued until 0430.  Units from and Dagsboro provided coverage at Bethany Beach and during the incident.  Roxana's rehab unit supported by Millville EMT's and County paramedics was in service quickly and provided excellent support to those coming off the line.  Over 100 firefighters and 15 pieces of apparatus participated in the effort.  The state fire marshal has determined that the fire resulted from a branch circuit wiring malfunction and estimated damages at $200,000.  BBVFC Fire Chief Tom Moore extends the BBVFC's thanks to all organizations and individuals who contributed to a successful suppression. 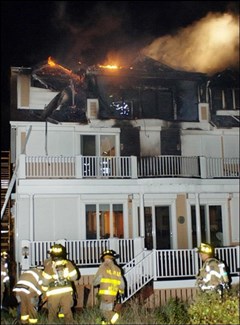 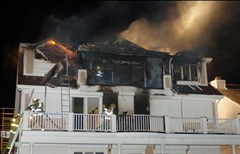 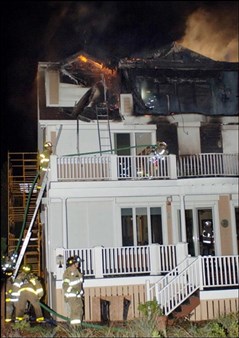 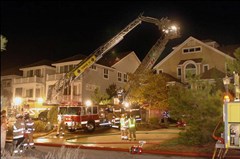 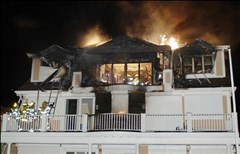 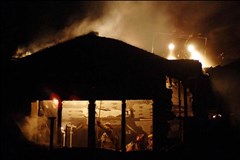 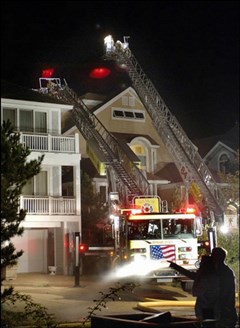 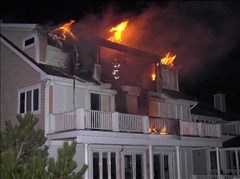 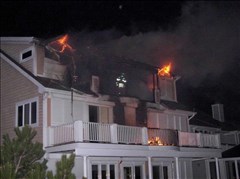 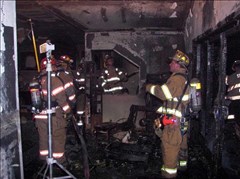