At approximately 1130 on February 16, Station 70 was alerted to assist Rehoboth Beach with a structure fire on Dutch Street in Dewey Beach. Quint 70, commanded by Station SGT Jason Hudson and including LT Micky Wisseman driving and FF's Dave Hammerer and Anthony Donofrio, was enroute immediately, arrived on scene within minutes and set up the RIT. Following new procedures established by Chief Moore after a bystander suffered cardiac arrest at a Millville fire on January 2, the setup included the Quint's EMS bag and AED. While on alert, FF Donofrio observed the driver of 86-9 fall to the ground. He advised LT Wisseman who issued a "man down" call. Hammerer, a Sussex County paramedic, Wisseman, a Millville and Mid-Sussex EMT, and Donofrio, who just completed the EMT course, rushed to the fallen driver and could detect neither pulse nor respiration. He was connected to the AED, which advised defibrillation. The shock restored heartbeat and breathing and the driver was transported to Beebe Medical Center by Ambulance 86. While the Quint team was attending to their fallen comrade, Engine 70-2 under the command of FF Hunter Holland and including driver Michael Wilgus and FF's Brian Reed and Travis Hickman assumed primary RIT responsibility. FF's Holland and Hammerer treated the patient during transport. The positive outcome of this incident reflects well on several aspects of BBVFC fire operations. First, three of the four crew members on Quint 70 had EMT and/or paramedic training. Second, the BBVFC duty crew program had volunteers on duty in the station who were able to be out within a minute of the call and on a mutual aid scene ten minutes after that. Lastly, the timely change in RIT procedures arising from lessons learned at a prior incident had the crew well prepared to respond to a medical emergency. Congratulations on a job well done to all involved in a successful suppression and in the saving of a valued life. 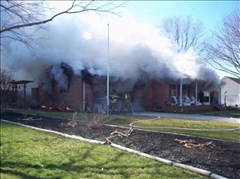 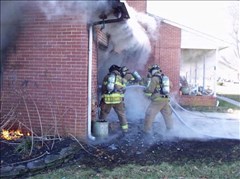 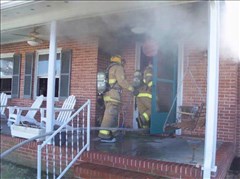 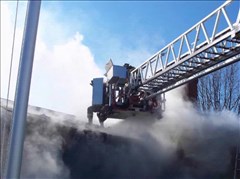 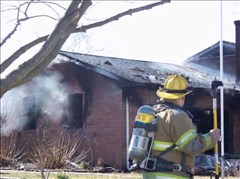 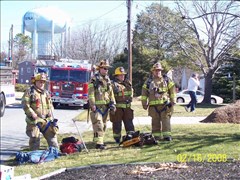