Next week, representatives of the Towns of Bethany Beach, Fenwick Island and South Bethany and the Sea Colony Recreation Association (now called the Big 4) and the Bethany Beach Volunteer Fire Company (BBVFC) will gather to sign an agreement establishing an ambulance service for the BBVFC fire district. The execution of this document marks the culmination of a year-long process to assure uninterrupted ambulance service to the community and the start of an unprecedented collaboration between the BBVFC and the residents it has diligently protected for 60 years. As has been reported, the BBVFC suggested that the Big 4 consider covering the projected operating deficit of the ambulance operation through assessments or fees collected from their property owners. The estimated cost per property is less than $45 for 2009. A commitment from these entities would allow long lead time steps like ordering ambulances, securing financing, gaining certifications and hiring emergency medical technicians to get under way so that the new service is ready to go when the BBVFC takes over from the Millville VFC on January 1, 2008. Once those time-sensitive tasks were underway, the BBVFC would work to bring as many other District property owners as possible into the program, thereby sharing costs equitably and lowering the cost for all. We are happy to report that, as of April 18, all five parties have approved the agreement. With that document finalized, our attention now turns to the myriad tasks needed to provide this critical service. Bids for two new ambulances are in hand and a contract will be let in mid-May for delivery in October. The position of Career Firefighter/EMT Supervisor is being advertised and we hope to fill it by early July. We look forward to having this first-ever career employee on board to assist us with the work that lies ahead, including hiring six career Firefighter/EMTs by early November, establishing a 15-20 person part-timer base to support the full time staff, taking delivery and securing State certification of the ambulances, hiring a billing company, gaining essential Medicare and Medicaid certifications and generally being ready to start running in tandem with Millville in early December. The number of people we need to thank for their commitment to this successful outcome is great and we will recognize all of them in due course. For now, we want to express our appreciation to the mayors, town managers and town councils of three towns and to the leadership of the Sea Colony Recreational Association for listening to our proposal, for offering constructive input and questioning that made it better and for committing time and resources to forge a mutually beneficial agreement. We are humbled by the trust they have placed in us and we will not let the community down. Michael Wilgus is an active life member with the BBVFC, which he joined in 1982. He has previously served as assistant chief, captain, lieutenant, president and vice president, oversees the annual physical exam program and chairs the EMS committee. Michael co-owns Wilgus Associates, a full service real estate and insurance firm with offices in Bethany Beach, Georgetown and Lewes. He lives in Bethany Beach with his wife, Sandy, and their three daughters and can be reached at [email protected] 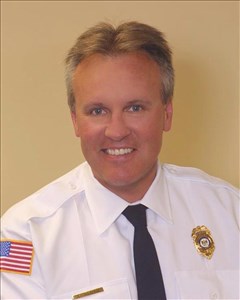