Several recent magazine and news articles about fire safety caught some of our members’ attention and we thought we’d pass them on for their combination of high value and simplicity. “First” magazine had an article entitled “5 things EMS workers know that you should, too!” After reading them, we agree and offer them to you. • Everyone should have one or more entries in their cell phone directories labeled ICE, or “in case of emergency.” In the event you are injured or otherwise unable to communicate with emergency workers, they can find these numbers and get information on who you are or what medical conditions you might have. One of our members went a little farther and uses labels like “ICE son Bob” so the caller will know who he or she is contacting. • Never tailgate an ambulance carrying a loved one while trying to follow it to the hospital. Emergency vehicles frequently have to brake and make lane changes while transporting patients. If you following too closely, they risk being rear-ended in a sudden stop. In the case cited in the article, a trip that should have taken 10 minutes took 20 because the ambulance driver saw the concerned tailgater and had to drive slower to protect everyone. • EMTs and paramedics rendering treatment or calling ahead to doctors need to know what prescription and over-the-counter medications a patient is on and what allergies they might have. If you can’t communicate, having a medication card in your purse or wallet can be a lifesaver. • Even friendly pets can be a problem to emergency workers. Beyond concerns about being bitten, they can impede responders from helping you or even present a hazard. In the cited case, as EMTs were maneuvering a patient down a flight of stairs, a small dog was running between their legs. If you have help coming and can do so, lock your pets up out of the way. • When an emergency occurs precious minutes may be wasted locating the correct house, especially at night and in rural areas. When you hear sirens and know responders are near, having some one simply switch your house lights on and off will draw attention. Even better, tell the 911 operator that you’ll be flashing the lights and responders can then look for it. The last suggestion ties directly to an article that appeared late last year in one of the area weeklies. Jerry Hickman, a career EMT born and raised in Laurel, DE patented a device called the 911 Locator System. If you ever dial 911, the system automatically activates a blinking light mounted on your house, your mailbox, or a vinyl post located at the end of your driveway. According to Mr. Hickman, the device is simple to install and inexpensive. You can reach him at 302-684-4184. If that idea is too elaborate, replace your porch light switch with the GE Emergency Flashing Light Switch. If you call 911, tell the operator to notify responders the porch light will be flashing. Then move the switch to the flashing position and your porch light will flash continuously saving you from going outside to signal your location. After help arrives, you move the switch to the constant on or off position. The switch costs less than $10. Lastly, we’ve repeatedly recommended that everyone have portable fire extinguishers in their homes, especially in the kitchen. In response, we’ve heard, “They’re so big and ugly.” Well, that not very good excuse is now gone. Check out the Home Hero at www.homehero.net, which won a design excellence award and even made the New York Times magazine. Fire safety rarely gets simpler than some of these ideas and suggestions and we hope you will heed them. Mary Beth Murray is a firefighter with the BBVFC, where she has been a member since 1993. She is an expert in fire safety education and was the Company’s 2006 Firefighter of the Year. Mary Beth lives in Bethany Beach with her husband, Steve, and their two daughters and can be reached at [email protected] 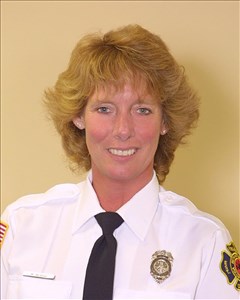